Together, we can build a society in which everyone has access to good food and no one need go to bed hungry.

To transform unjust structures of society,
to challenge violence of every kind and pursue peace and reconciliation

A sermon on the fourth mark of mission
Church of the Resurrection and St Barnabas, Eastlands Manchester
23 July 2017

END_OF_DOCUMENT_TOKEN_TO_BE_REPLACED

Poverty is many things. Poverty is hiding in plain view. Poverty is people. Not.. ‘them’. Us. Just a few lines from one of the poems written by a group of people with direct experience of poverty and professional writers as part of our Powerlines project.

The Salford NICE group, formed to challenge the stigma of poverty in 2014

END_OF_DOCUMENT_TOKEN_TO_BE_REPLACED

The incomes of the poorest are hardest hit – by far – whilst the wealthy escape scot free.

This week’s autumn statement announced further years of pain ahead, as the economy adjusts to the likely impact of Brexit.  An economic policy grounded in social justice might have sought to place the greatest burden on those most able to bear it.  But, yet again, it is the poorest who are being called on to shoulder the greatest pain. END_OF_DOCUMENT_TOKEN_TO_BE_REPLACED

The litmus for your One Nation Premiership will be your ability to reach out and tackle foodbank Britain.

The vison you set out on the steps of Number 10 for a Premiership committed to social justice and One Nation compassionate Conservatism was bold. The challenge of uniting a country divided by inequalities of health, life expectancy and opportunity is great.

But to achieve your goal of uniting the country, you will have to reach out far beyond struggling middle Britain of working families with mortgages and anxieties over getting their kids into a good  school.

The past few years have been marked by the growth of foodbank Britain. Of families in and out of work struggling to put food on the table; of children turning up at school hungry and returning to school after summer holidays without the benefit of free school meals, poorly fed, with their educational attainment and life chances diminished as a result. Of families being forced to turn to foodbanks as a result of delays, errors and missing benefit cheques and over-zealously applied benefit sanctions.

Under David Cameron’s premiership, the Government sadly failed to grasp the nettle of Foodbank Britain. At times the Government gave the impression of being in denial about the scale or the problem, that problems with the benefits system had any role in exacerbating the problem or that the Government more generally had any role in seeking to address it.  At others, it seemed to simply want to pass the buck to hard pressed teams of volunteers struggling to fill the gap by handing out emergency food parcels.

As a One Nation Prime Minister you can and must do better. You have a fantastic opportunity to reach out to the tens of thousands of volunteers and hundreds of thousands of people at the sharp end of foodbank Britain.

You could start by challenging each of your new Cabinet colleagues in charge of a Department which has a stake in the issue – DWP, Health, Education, DEFRA, DCLG – to step up to the plate, and to come up with a plan for how they can help put an end to Foodbank Britain.

You can rest assured that if you give the lead, civil society, faith groups and the countless organisations involved in addressing these issues on the ground across the country, are ready and waiting.

Join with us. Work with us. Together we can end hunger within out shores.

The Panama Papers have caused quite a stir. A huge leak has lifted the lid on how the rich and powerful use tax havens to hide their wealth. The files were leaked from one of the world’s most secretive law firm in Panama. Great investigate journalism makes for uncomfortable reading. And, as Channel 4 News presenter John Snow reminds us, the UK “actually harbours the largest tax avoidance havens in the world…. I think the ordinary punter is only just beginning to discover about tax avoidance’.

END_OF_DOCUMENT_TOKEN_TO_BE_REPLACED

What does it mean to be One Nation? In an age of austerity, what does it mean to say “We are all in this together?” To what extent should Government protect the poorest and weakest from further cuts to benefits? Iain Duncan Smith’s shock resignation from the Government last week has put these questions into sharp relief.

Call on the Chancellor to rethink tax cuts for the wealthy!

This week, MPs are debating the budget and considering a serious rethink. If we act fast, we can get them to drop unfair tax cuts for the wealthy, rather than finding new ways to cut benefits for the poorest. Please use our simple e-action to contact your MP here

END_OF_DOCUMENT_TOKEN_TO_BE_REPLACED

A group of people – some with firsthand experience of living with poverty and others with positions of power and influence in politics, public service and the arts, who met together regularly and on an equal basis over 18 months. The process involved learning what it means to listen deeply and having the courage to speak out. The stories heard and shared are powerful in the way they change those involved.

END_OF_DOCUMENT_TOKEN_TO_BE_REPLACED

According to our independent cost comparison below, buying a Hotpoint fridge freezer will cost £584 from Fairforyou, compared with £1,326 from Brighthouse – an astonishing total cost saving of £742.

Fair for You aims to provide transparent and affordable credit for essential household items to families who do not have access to mainstream finance.  Established in 2015, Fair for You has carried out extensive market research among lower income households to develop affordable, flexible and responsible credit to meet their needs. Importantly, loans can be repaid early, with no penalty; customers are encouraged to overpay, which many do; and there are no added fees for missed payments. If Fair for You’s credit checks show affordability is an issue, applicants are encouraged to seek debt advice. END_OF_DOCUMENT_TOKEN_TO_BE_REPLACED

Kath lives with her three teenage sons. Her youngest son has several serious medical conditions and requires intensive support. After her partner left 4 years ago, Kath gave up work to become his full-time carer. This left the family finances in precarious financial position:

‘We live very close to the edge… we don’t have many things. My 17-year-old needed a passport to get a part-time job and I had to say no. My youngest, who’s 14, has never been on a school trip, and I can’t afford the art supplies my other son needs for his course.’

The family were just about managing when their Child Tax Credits were halved without notice. Kath had arranged her finances so that she relied on her tax credits to pay for food and other daily necessities, so the effect was catastrophic.

When Kath contacted HMRC, she was told her credits had been cut because she had failed to tell them that her two older sons were staying in education. Kath says she did update them. She was assigned a case worker and given a number to call, ‘and that’s where the problem started’.

‘I called them every day all day and couldn’t get through. And every time I got put through to the answer machine we got charged. It was awful. I’d go back to the helpline and say “I can’t get through”, and they said “Well, that’s the number”. They didn’t help at all. It went on for eight weeks.’

Kath was horrified by how she was treated. ‘When our money was stopped, there was no compassion, there was no way to get support.’

END_OF_DOCUMENT_TOKEN_TO_BE_REPLACED 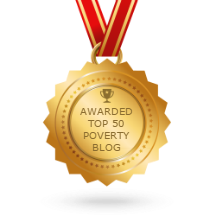