If you passed through Salford Central Station
in late July or early August, then you might have noticed some striking additions.

Thousands of rail passengers and local residents were treated to a free exhibition of work by local amateur photographers.  The Chapel Street Community Arts (CSCA) project captures inequality and the difference between wealth and poverty in Salford.

Members of St Phil’s Camera Club, which meets at St Philip’s Church in Wilton Place, have taken shots around the city, and have worked with artist Sian Roberts.

The exhibition, called Mind The Gap, opened at the station on July 21 and ran until August 4. 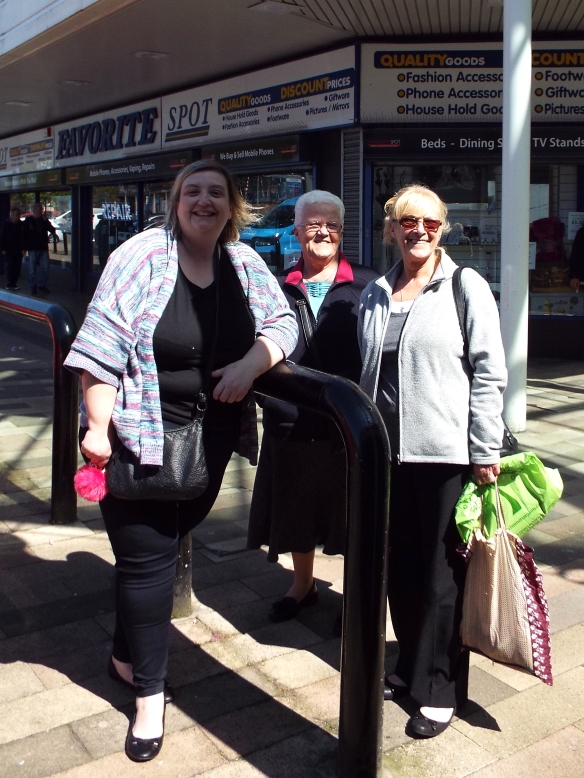 Chris Doyle, coordinator of the camera club, said: “CSCA want to help people to tell stories that matter to them, and this project is about working with Salford people to highlight the inequalities they see every day in their communities.

“We all have to deal with problems linked to inequality, and all of the photography group realise what they can do together and value the time and support they give each other.” 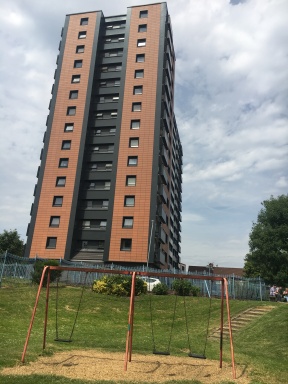 Funding from NHS Salford Clinical Commissioning Group enabled CSCA to commission a local arts and mental health charity Start, to deliver some photography sessions. They placed photographer, Sian Roberts at the venue and Sian worked with the group to develop a programme of skills-based activities and to prepare and mount exhibitions. Chris added: “The activities have been extremely helpful to our members’ confidence and well-being.”

Participant Christine Nolan Potter said: “Getting involved in St Phil’s Camera Club is the best thing I’ve ever done. I didn’t want to leave the house but now I’m really involved in the community and see more of my best friend.”

Salford Mayor Paul Dennett said: “I’m determined, through working in collaboration with our partners and residents in Salford that the City Council will see our anti-poverty drive as our number one priority.

“This year’s budget will go some way towards alleviating poverty but we all have a part to play if we’re to truly tackle the underlying causes – low pay, expensive housing and increasing cost of living.” 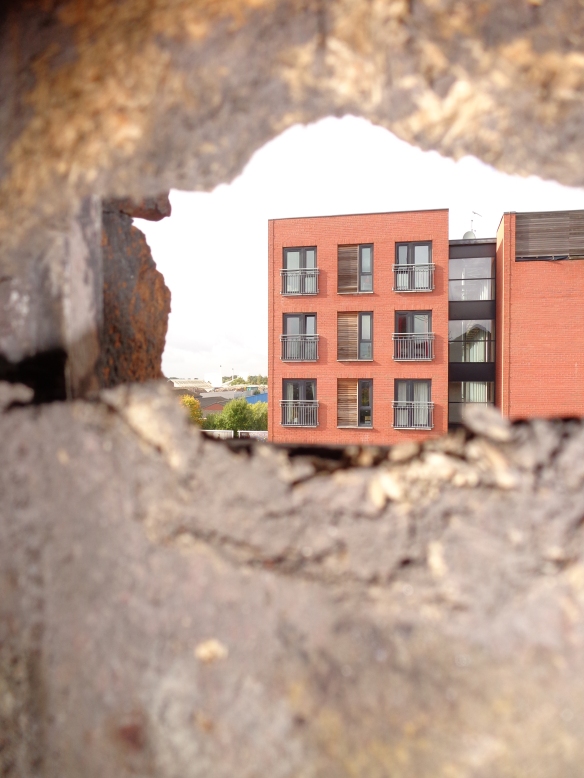 People were encouraged to share their thoughts on the exhibition, by using the hashtag #salfordmindthegap

The exhibition was part-funded by Church Action on Poverty. We hope the photos encourage people to think anew about the inequality in Salford, where we are based, and to take notice of the voices of people in poverty.

The exhibition at Salford Central Station coincided with Manchester Art Gallery’s exhibition this summer of photos by Shirley Baker, whose photography from 1961 to 1981 captured urban clearance in Salford and Manchester, and what she regarded as the improper treatment of working class communities.