Behind the rhetoric of “ 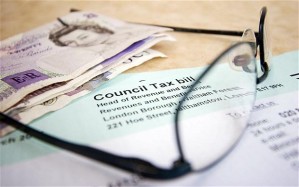 imaginative reforms to bring down the bloated welfare budget” the reality of what cuts mean in the lives of some of the poorest and most vulnerable in society is starting to emerge.

Three stories show the tragic reality of cuts, as they start to play out in the lives of those already struggling to make ends meet.  I warn you, these are not easy stories to read…

The Daily Mail described George Osborne’s latest plans to slash a further £10 billion from the incomes of the poorest in the UK as “a series of imaginative reforms to bring down the bloated welfare budget.”  According to the Daily Telegraph  people living in benefit-dependent households have been urged by the Prime Minister to “go out and work” rather than complain about the loss of welfare payments.

But beyond the world of soundbites and ‘imaginative reforms’, what is it actually like to be at the sharp end of benefit cuts?

Last month, one mother from the South East of England has shared with us a letter which illustrates the shattering impact the impending ‘benefits cap’ is already having on families.

“I am a full-time parent with a child just three years old, and I am claiming certain benefits as a result of being the victim of a marriage breakdown, and I also have other children in full-time education, all of them I will hasten to add were born during my marriage.

The cap on benefits will leave my family an astonishing £80 a week worse off. This huge sum of money would have a negative effect on our family if it was just once a month, but alarmingly it is every week.

I have considered at length and in great detail since this devastating news, as to what household cuts I could possibly make to try to find this money, and all avenues are completely exhausted.  The only possible cut I could make would mean having less than £10 per day to feed and clothe a family of six including myself: this is without the addition of essential household items as well.

Taken as a whole this would not only have a damaging effect on my children’s education, but my future employment, as I would not be able to afford clothing for job interviews and work.”

On Saturday, Katy shared her story with a packed ‘Poverty in Calderdale’ conference in Halifax.  Katy, in her mid twenties, spoke powerfully about the impact of the new ‘single room rent’ requirement within Housing Benefit.  After suffering abuse, a failed relationship, and poor mental health as a result, she is now – for the first time in her life – living in a two bedroom flat.  In her own words, it is the first time she has ever felt that it is a place she can call ‘home’.

Tragically, this is now under threat:  As a result of benefit cuts, as a single person under 35, from 2013, Katy will only be eligible for Housing Benefit for bed-sit accommodation or one room in shared accommodation.  She is petrified of what will happen. Will she be forced to give up her home come next year?  None of the local councillors present could shed any light.

But what was made clear by the local authority housing officer present was that even if she felt able to downsize, there were few, if any options available locally.  Halifax has a shortage of one bed flats – and the ones which have been built in recent years, mainly loft apartments in old mills, are out of her price range..

According to yesterday’s Manchester Evening News, families on benefits are being forced out of affluent areas of Manchester due to welfare cuts which threaten to ‘rip apart the social fabric’ of the city, campaigners have warned.

A cap on housing benefit has put entire districts of the city beyond the budget of claimants seeking to rent from private landlords.  A snapshot survey of the housing market by the Citizens Advice Bureau found there was not a single affordable home in Chorlton or the city centre for those on housing benefit.

The CAB found that across Manchester, only one in 20 homes advertised for rent in July could be afforded on housing benefit. The cap was introduced earlier this year for those renting from private landlords – equivalent to £64 a week for a room in a shared house, and £126 a week for a three-bed house.

Talk of slashing the bloated benefits bills is easy: Facing up to the reality of what this means for thousands of hard pressed families is something else.  Would that politicians and pundits did more of the latter – and less of the former.

5 thoughts on “Benefit cuts: Reality beyond the rhetoric”