This week, as Church Action on Poverty and Christian Aid’s Tax Justice Bus tour entered its fourth week, tax dodging hit again hit the headlines.  And the message of the latest revelations regarding the extent and lame justifications for tax dodging make clear: You couldn’t make it up… 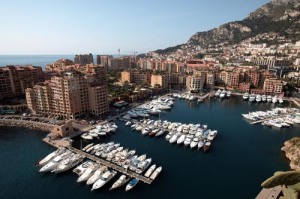 The Monaco problem
First up, on Thursday, the Times newspaper ran a front page expose of what it billed as the ‘Monaco problem:’  More than 2,000 Britons registered as living in Monaco are costing the UK economy £1 billion a year in lost tax revenue.  An investigation by the Times  revealed that:

When contacted by the Times, the Monaco residents rejected the term ‘tax exile’, saying instead that they were attracted by the safety, weather and restaurants. Paying little, or no tax in the UK (or in Monaco), seemingly did not feature in their calculations…

‘Make UK more like a tax haven’
If that wasn’t enough reason to get on board for Tax Justice, revelations in today’s Guardian newspaper might just help..  The Conservative party treasurer, Lord Fink, is calling for a major change in tax laws so taht Britain can compete with offshore havens. Lord Fink, not only acts as Tory party treasurer (and funder), but runs a major global hedge fund.  Presumably in the latter guise, he has lobbied George Osborne for a cut in taxes on ‘invisible earnings’ so that he and other hedge fund owners no longer feel ‘obliged’ to set up companies in places such as the Cayman Islands.  As Fink is reported as having said to the Guardian: “I don’t see why the UK should not compete for jobs that at present are going to the Cayman Islands.”

This is strange logic indeed.  The Cayman Islands is indeed, home to ten thousands of companies, registered there for tax purposes – but few Cayman Islanders see the benefit, in terms of jobs created.    As none other than Barack Obama observed in the run up to the 2008 Presidential election:

Neither Fink nor the 500 UK company directors registered in Monaco are ‘obliged’ to use tax havens.  And as austerity starts to bite, most ordinary mortals are far more worried about the squeeze on ‘actual earnings’ than to worry to much about being taxed on their ‘invisible earnings.’

Only one group of people benefit from Tax dodging:  A wealthy global elite who seemingly owe no loyalty to any nation; who seemingly know no obligation of citizenship; no obligation to pay their fair share of taxes. And who seemingly live in a land of makebelieve, which (were it not so damaging to the poorest and most vulnerable across the globe) you couldn’t make up…

As Vince Cable made  clear, in coming on board with the Tax Justice Bus last Friday: “Tax is a key issue of our time, with implications for the poor both in this country and overseas, not least because tax havens are sunny places for shady  people.”

To paraphrase the glorious words of Desmond Tutu (spoken in the face of another unjust and seemingly all powerful system): “Come and join the winning side.”